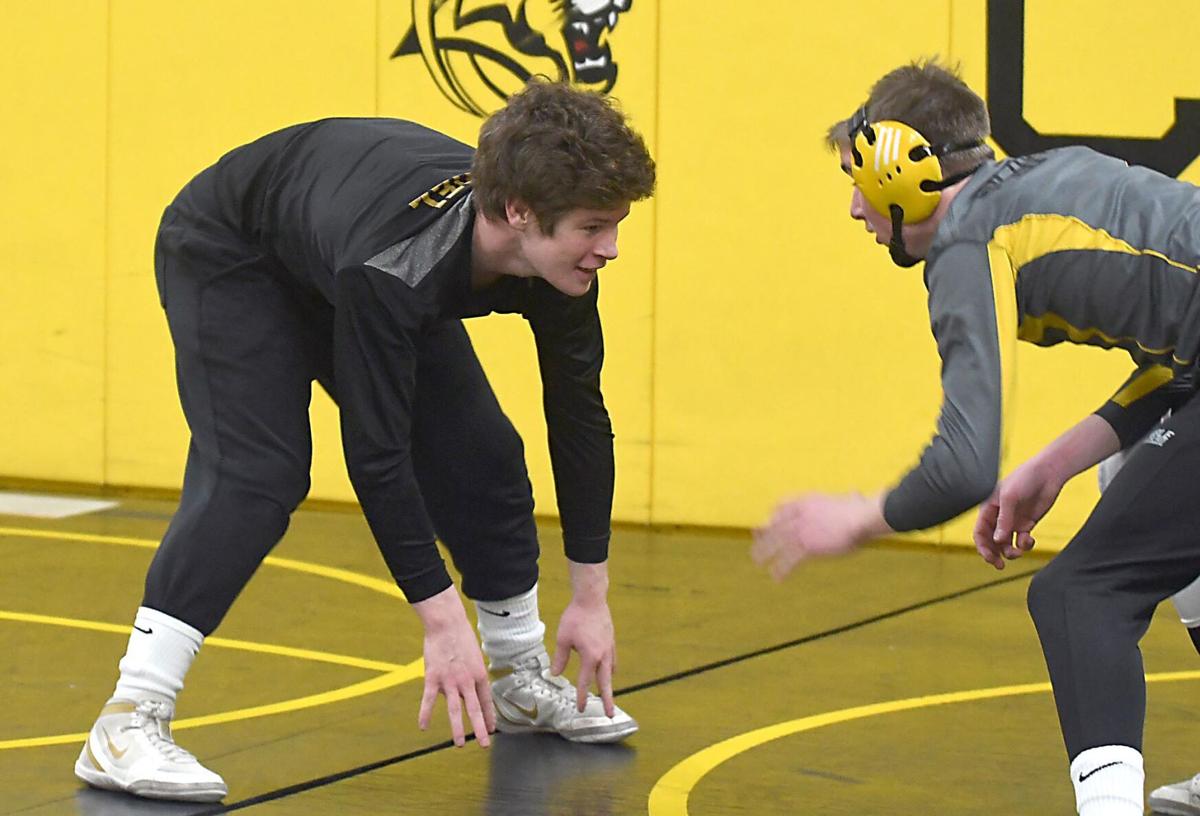 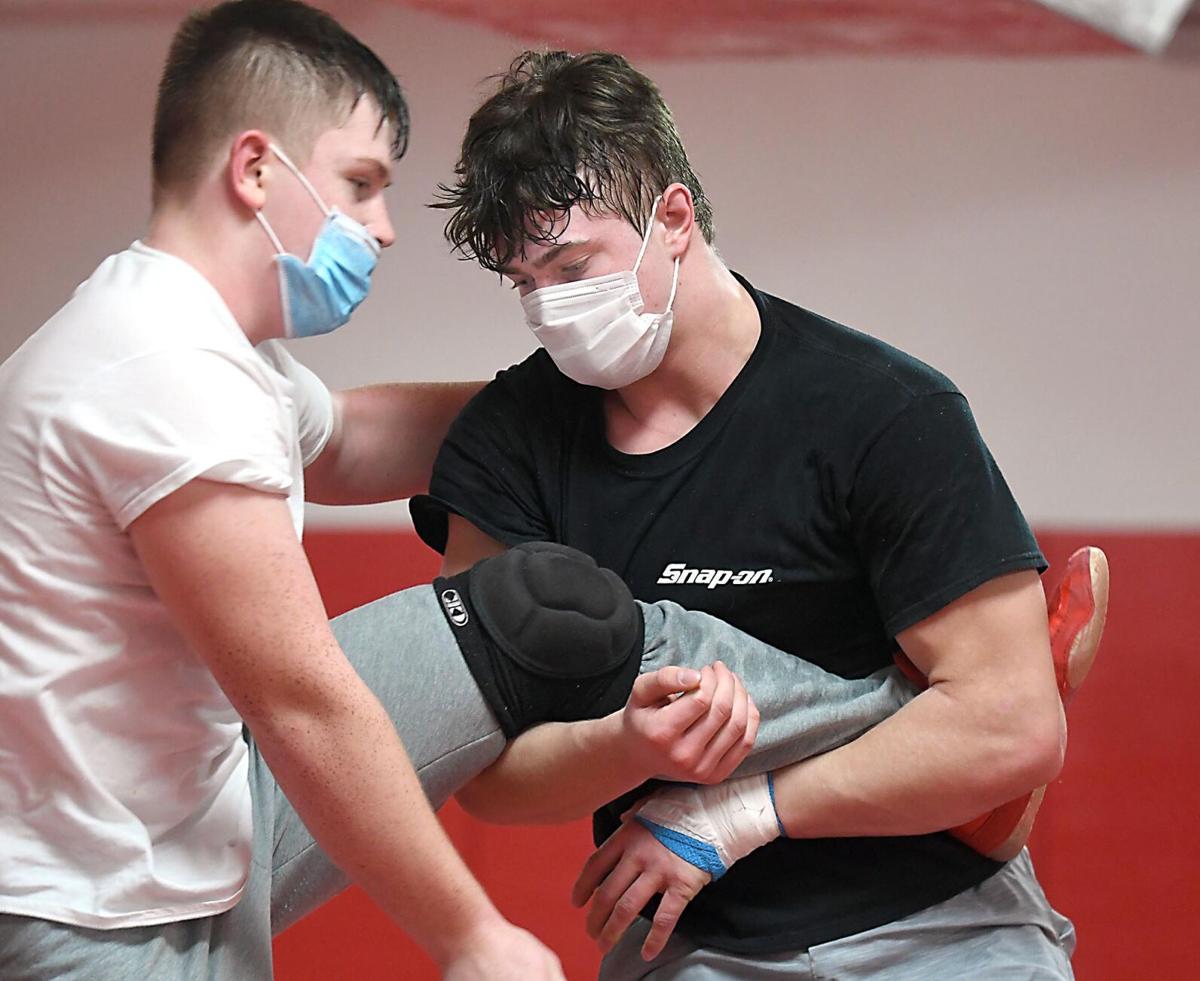 MANKATO — No weekend tournaments, no postseason ... no problem.

Like most sports, the high school wrestling teams from Mankato East and Mankato West are getting a late start to the season due to COVID-19. Individual wrestlers will likely compete in 12-13 fewer matches than in a normal season, but otherwise, the coaching staffs believe it will be business as usual for their teams.

“Right now there is no postseason scheduled,” East coach Jon Dierks said. “We’ll find out for sure later in the season but, either way, our kids are going out to win as many matches as they can.”

West junior Gannon Rosenfeld has a similar take: “With COVID, you have to treat every match as if it’s going to be your last. There’s no guarantees we’ll even finish the season so you have to go hard every time out.”

The usual suspects – Owatonna, Albert Lea and Northfield – should again be the favored teams in the Big Nine Conference. Both East (8-14 last year) and West (10-11) are looking to finish somewhere in the middle of the pack.

The Cougars have about 27 wrestlers out in grades 7-12. Those numbers are down a little bit from the past few years, mostly because of the pandemic.

Among the top returning wrestlers is senior Braeden Hendel, who placed third in the section meet a year ago. The projected 152-pounder has 110 career wins, 250 takedowns and 41 pins.

“He’ll end up being third or fourth in school history in most categories,” Dierks said. “He’s always been a hard worker and has placed in the section four times.”

Last year, Hendel won 33 matches and reached the championship match of the section tournament before losing. He then wrestled for true second and lost that bout as well, denying him a berth in the state tournament.

“It was disappointing,” Hendel said. “I felt I should have won the true second match, but it didn’t happen. My goal this year is to win 80 percent of my matches.”

Two other seniors who figure to have good seasons are Spencer Ruedy (138/145 pounds) and Rieley Fleming (heavyweight). Fleming placed fourth in the section last season.

Sophomores Brian Thilges (170) and Cael Willaert (160) are also expected to be among the team’s most consistent winners. Both won 15 to 20 matches a year ago.

Freshman Luke Scholtes (120) won 20 matches last season and hopes to build on that. Junior heavyweight Wyatt Rodriguez has been undefeated in the conference on junior varsity last year but will still have trouble getting into the lineup due to the presence of Fleming.

The Cougars open the season Saturday at Rochester Mayo.

The Scarlets are in a bit of a rebuild with the loss of a talented senior class, including three-time state champion Charlie Pickell. Pickell is now wrestling for Augsburg College.

Senior Wyatt Block was expected to be the team’s top returning wrestler, but he suffered a shoulder injury during football which will force him to miss the entire season. That leaves Gannon Rosenfeld (220), Damien Riewe (152/160) and Brody Koberoski (126/132) as the top returnees.

Rosenfeld was a 34-match winner in 2019-20, and the sophomore Riewe was a section placer, as was the freshman Koberoski.

Rosenfeld, who wrestled at 160 pounds last year, has grown about three inches and added about 50 to 60 pounds.

He’s looking forward to wrestling at his new weight.

“I’ll see of lot of guys I haven’t wrestled before,” he said. “I want to win as much as possible, but for me it’s about helping out my teammates. We’re mostly juniors and sophomores so we all want to improve and use that a springboard to next year.”

Head coach Lee Burg is excited about his team’s potential.

“We have a lot of young guys that we expect to step up for us,” Burg said. “We’ll be leaning heavily on those sophomore and junior classes.”

As always, Burg said his wrestlers are pointing to the dual against crosstown rival Mankato East as one of the season highlights.

“It’s usually pretty close,” Burg said. “We had some other close duals that we lost that we want to turn the script on this year.”

The Scarlets open the season Saturday with a home triangular against Faribault and Sibley East.

Teams can have 32 competitions on 16 dates, with only duals or triangulars.

Teams can only have two events per week, with that possibly expanding to three near the end of the season.

All competitors must wear masks until they are competing.

There is no date set for postseason, but that could change.