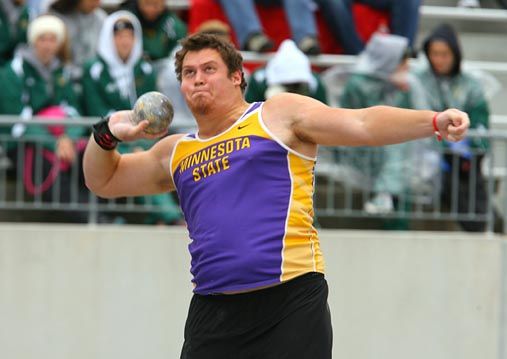 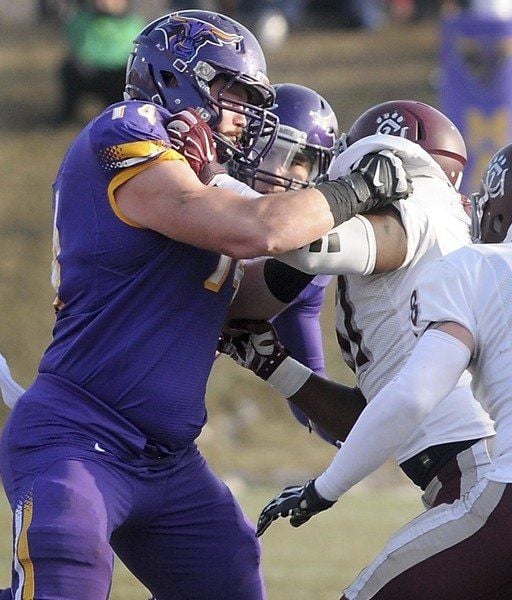 Chris Reed (left) is about to start his fifth season in the National Football League.

Chris Reed (left) is about to start his fifth season in the National Football League.

If the money would have been the same, Chris Reed may never have played in the NFL.

But not many shot-putters can make more than $1 million.

“Track and field is the reason I went Division II,” Reed said. “I could have been a walk-on at Nebraska in track or football, but MSU allowed me to do both, which is why I went there. I’ve always had a passion for track, and if the pay was the same as football, I might have gone that way. I love them both equally; I couldn’t have given either one up.”

Last week, it was announced that Reed had been selected for induction in the United States Track & Field/Cross Country Coaches Association Hall of Fame. Reed, 27, won two championships and finished second twice in the shot put at the Division II national meet. He was an 11-time All-American and won 13 championships in Northern Sun Intercollegiate Conference outdoor and indoor meets.

When he was done competing, his 65-feet-10¼ throw in the indoor shot put ranked No. 2 in Division II. His throw of 65-7 was No. 3 for outdoor track. He was an outdoor All-American in the shot put, discus and hammer throw as a junior and senior, and he swept those events at the Northern Sun meet in 2014.

He still has a half-dozen shots in his garage, and he keeps his throwing shoes in the car. He’s competed in a couple of college meets, as an unattached thrower, just to maintain his skills.

“Sometimes, I just get the urge to throw,” he said. “I really got the itch after watching the Olympics (in 2016) and (world championships).”

But it’s been football that has been the money-maker for Reed and his wife Anna, who is a personal trainer. Reed was an All-American offensive lineman as a senior in 2014, helping the Mavericks to the national championship game. He started 46 games in four seasons, helping the offense set records for production.

He signed with Jacksonville of the National Football League as a free agent in 2015, playing three seasons there. Last season, he signed a two-year contract with Miami worth $2,975,000, with $500,000 guaranteed, but he was waived midway through the season and picked up by Carolina for the last four games. Carolina also picked up his option for this season at $1,375,000.

Reed is still living in Jacksonville, staying home like most Americans, though he’s not a big fan of how Florida has handled social distancing.

“They’ve re-opened the beaches and parks,” he said. “The governor is going to order a mandatory mask when you go out. Florida has been a little slow, but it looks like maybe now they’re going to take it more seriously.”

Reed has a gym in his garage, where he trains for 2 to 3 hours per day, preparing as if there will be an NFL season in the fall.

“I hope so,” he said. “There’s some possibilities, like playing games without fans or start the season later. I believe we’ll do something. Hopefully, they’ll come up with a breakthrough (in fighting COVID-19) because there are a lot of people who like to watch our games.”

If, for some reason, his football career would end soon, Reed said he might return to throwing to see how far he can go in that sport.

“The training would be different, but I think I still have the muscle memory,” Reed said. “I’m stronger than I was, definitely faster. It would be interesting to see how I do.”