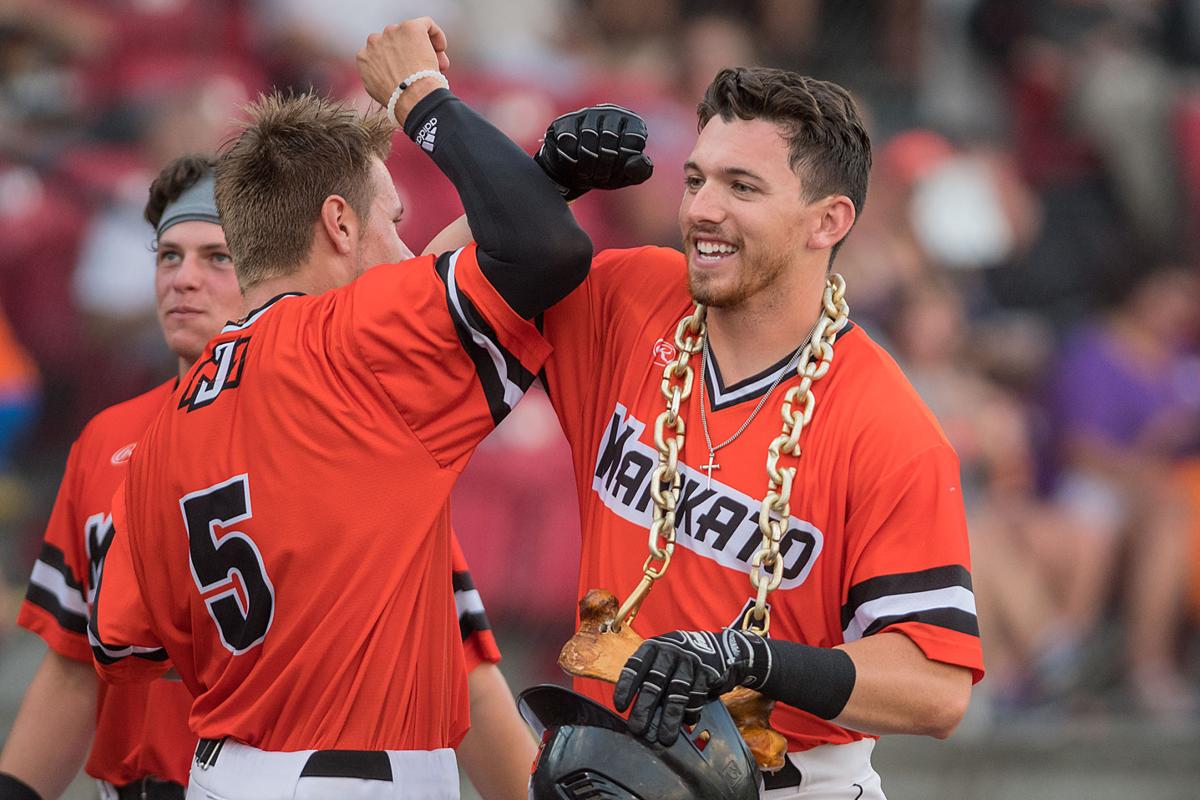 Angelo State teammates Josh Elvir (right) and Nick Novak (5) are each signed to play for the MoonDogs this summer. However, that could change depending on what happens to both of them in the MLB Draft next month. 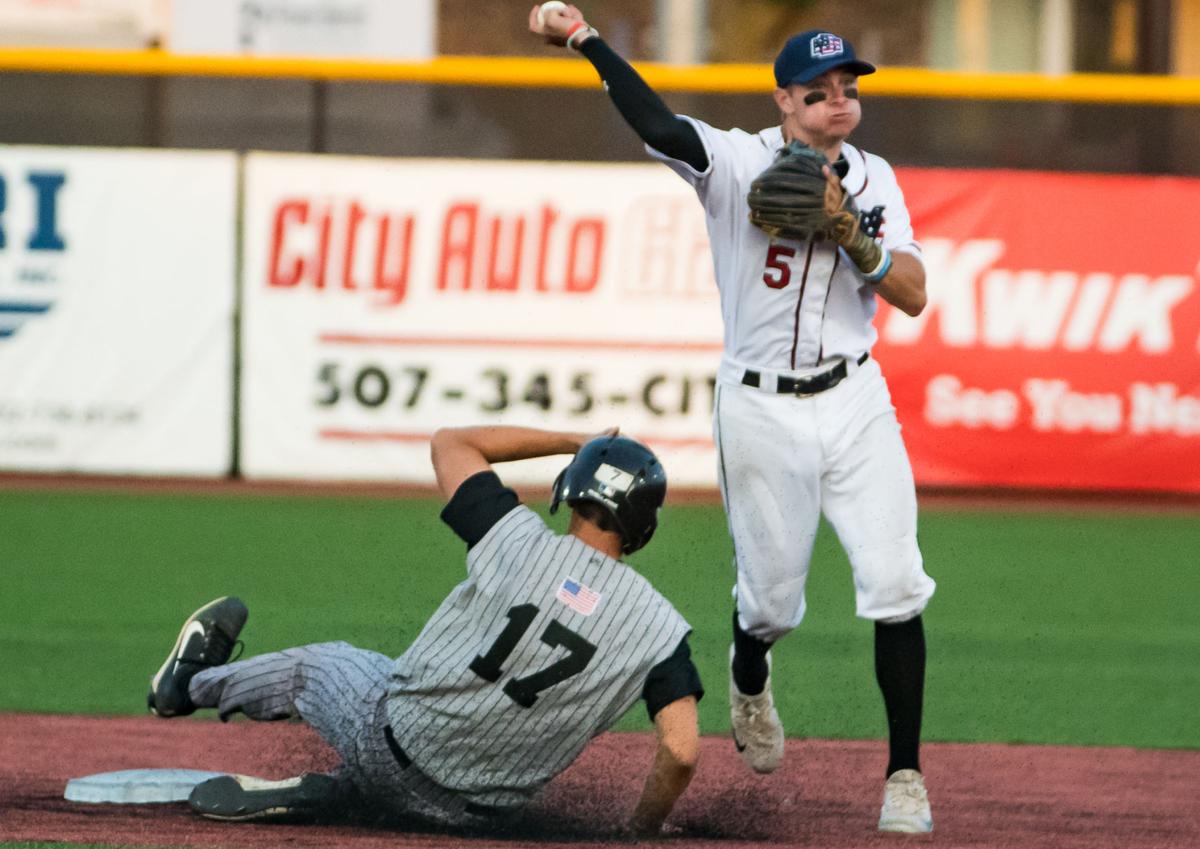 Nick Novak (5) didn’t expect to play for the MoonDogs again this summer. However, he’s re-signed for now, with college players getting an extra year of eligibility.

Angelo State teammates Josh Elvir (right) and Nick Novak (5) are each signed to play for the MoonDogs this summer. However, that could change depending on what happens to both of them in the MLB Draft next month.

Nick Novak (5) didn’t expect to play for the MoonDogs again this summer. However, he’s re-signed for now, with college players getting an extra year of eligibility.

The plan was to play his senior season at Division ll Angelo State University, get drafted and pursue the dream of playing professional baseball.

Enter a global pandemic, and the situation has gotten a lot more complicated.

“Nobody really had this on their bucket list,” Novak said. “It’s new for everyone, and everyone’s impacted by it in some way.”

With the spring college athletics season canceled due to COVID-19, spring athletes have all been extended another year of eligibility, if they choose to use it.

Novak has re-signed with the MoonDogs for a third season in the wake of the outbreak, but that doesn’t necessarily mean he’ll play with the team this summer, even if the Northwoods League is able to resume play.

He’ll first wait to see what happens in June’s Major League Baseball draft, but even that may not bring clarity. With the draft being cut from 40 rounds to five, Novak doesn’t expect to be drafted. That means, the most he’ll be able to get for signing bonus is $20,000, which will be the case for all undrafted players.

Should Novak receive a $20,000 offer from one of the clubs, he “would consider taking it.” Players who normally get drafted in rounds 5-10 typically get a signing bonus in the neighborhood of $100,000-$500,000. Because of that, Novak feels it’s likely many of the draft eligible high school and college players projected to go in that range will simply stay in school. It would make sense for those players to wait, rather than settle for $20,000, with the hope that the draft will be longer in years to come.

With those players in school, Novak feels there will be more of a chance to make an impression in the minors. But then there’s the question of whether there will even be a minor-league season. The $20,000 may not be worth more than actually playing games in the Northwoods League.

“It’s good for guys like me and every other senior,” Novak said. “Next year, the pool of guys is just going to be that much bigger.”

While Novak attempts to figure out his future, MoonDogs coach Matt Wollenzin has been putting the final touches on the roster.

The purpose of the temporary spots was to give coaches an option when the college season ran into the beginning of the Northwoods League season. Also, full-time players often didn’t finish the season, as 120-130 games between summer ball and the college season is a lot.

With no college season, those issues don’t exist this year, so there was no need for the temporary players. Spots will still be filled if someone like Novak elects to turn pro.

The MoonDogs’ 35 spots are now filled.

“We won’t go through as many guys as we would in a normal season,” Wollenzin said. “They’re all itching to play baseball.”

Beyond the control of Wollenzin and Novak, is whether or not the Northwoods League will have a season. It was supposed to start May 26 but has been indefinitely delayed.

It will be tricky with the league operating in multiple states and two countries, but Wollenzin is still confident.

“I think we’re going to have baseball in the Northwoods League, it’s just a matter of when,” he said.