In a Wisconsin town, voters fear for America un… 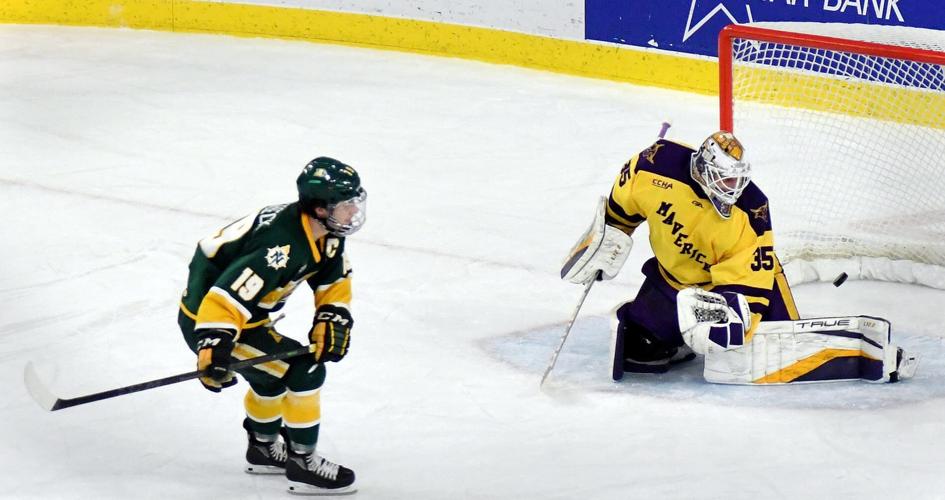 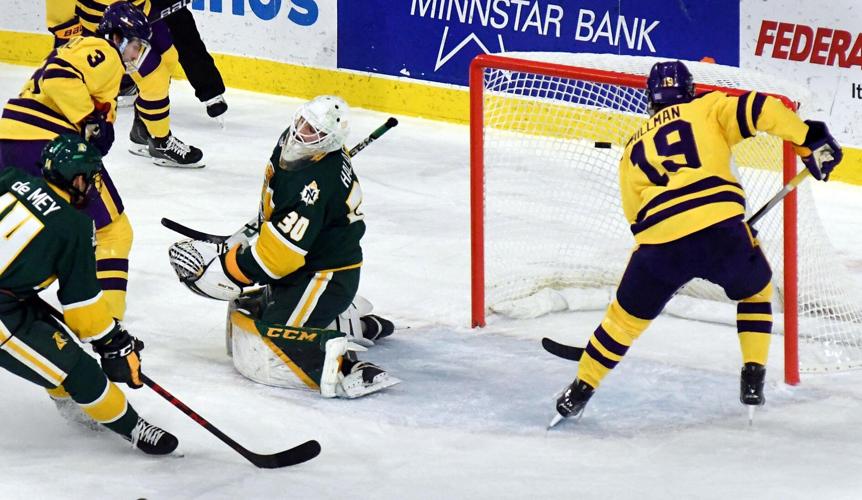 Minnesota State’s Will Hillman slips a shot past Northern Michigan goalie Beni Halasz to score at 13:45 in the first period Friday at the Mayo Clinic Health System Event Center. 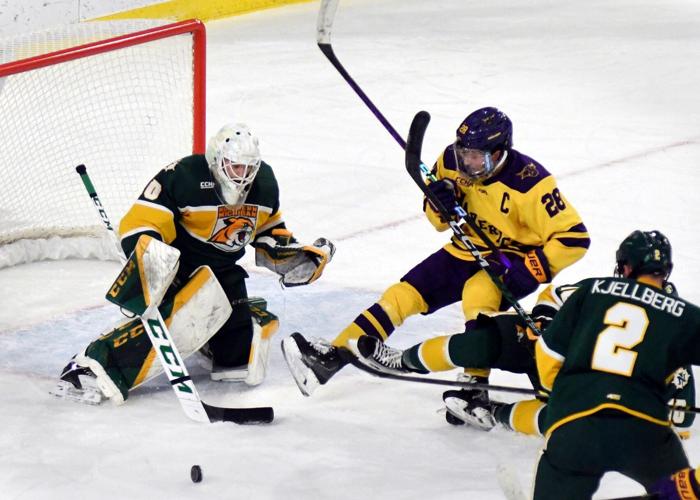 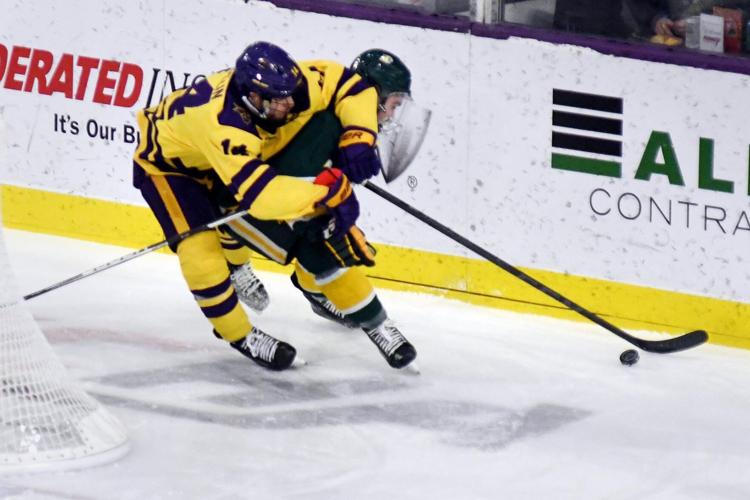 Minnesota State’s Will Hillman slips a shot past Northern Michigan goalie Beni Halasz to score at 13:45 in the first period Friday at the Mayo Clinic Health System Event Center.

The Minnesota State men’s hockey team had a 2-0 lead late in the second period, a victory seeming well within reach.

“Tough one, we kind of gave them the game,” MSU defenseman Jake Livingstone said. “They deserved to win.”

With the score tied 2-2, MSU went on the power play with 1:34 remaining in regulation. The Wildcats eventually killed the penalty in overtime, but MSU got another shot on the power play at 2:39 in OT when AJ Vanderbeck was sent off for slashing. That opportunity ended when MSU took a penalty at 1:12.

Coming out of the box, Vanderbeck found the puck on his stick in the slot and ended the game with a power-play goal at 3:20. It was his second goal of the game.

“I’ve got a lot of respect for him. He’s been good in our league for a long time,” MSU coach Mike Hastings said of Vanderbeck. “He’s the guy that kind of makes them go, and he did that tonight.”

Rancier made a big glove save to rob Andre Ghantous two minutes into the game, which was the start of a trend. He made countless difficult saves at point-blank range throughout the night, including two on shorthanded breakaways.

“He was our best player tonight,” Livingstone said of Rancier. “We let him down. As a team, we’ve got to do better tomorrow, because if he’s going to stand on his head like that, we’ve got to make it a reward for him.”

Added Hastings: “I hope he takes a lot of confidence out of this, because without his efforts, we’re not in overtime.”

Will Hillman got MSU on the board first at 13:44 of the first period, tapping home a juicy rebound off a shot from Andy Carroll. Zach Krajnik also assisted on the goal.

The game’s first power play went to the Mavericks at 6:57 of the second, and Lucas Sowder made it 2-0, tipping home Livingstone’s point shot.

“I thought we were, let’s just say, efficient in our offense,” Hastings said. “Over the first half, I thought we were OK, and I thought Northern had probably the better of the play, but we found a way to get a few by them.”

MSU appeared to be in control late in the second, but Artem Shlaine got the Wildcats on the board at 17:03 with a power-play goal. At 19:03, Vanderbeck tied it with a shorthanded goal, firing a wrist shot past Rancier after getting a clean breakaway.

Shots on goal favored the Wildcats 34-24. Rancier made 31 saves.