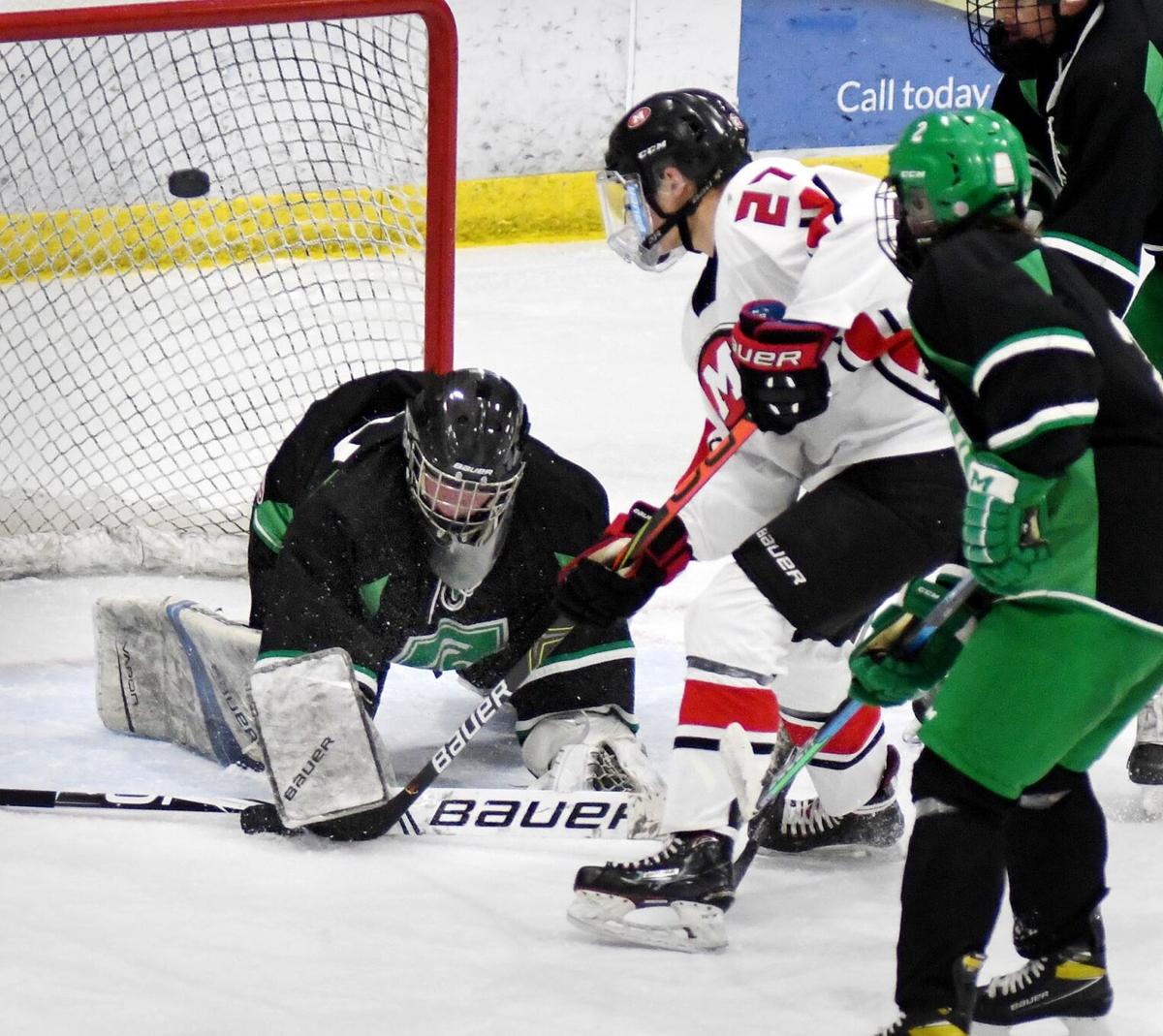 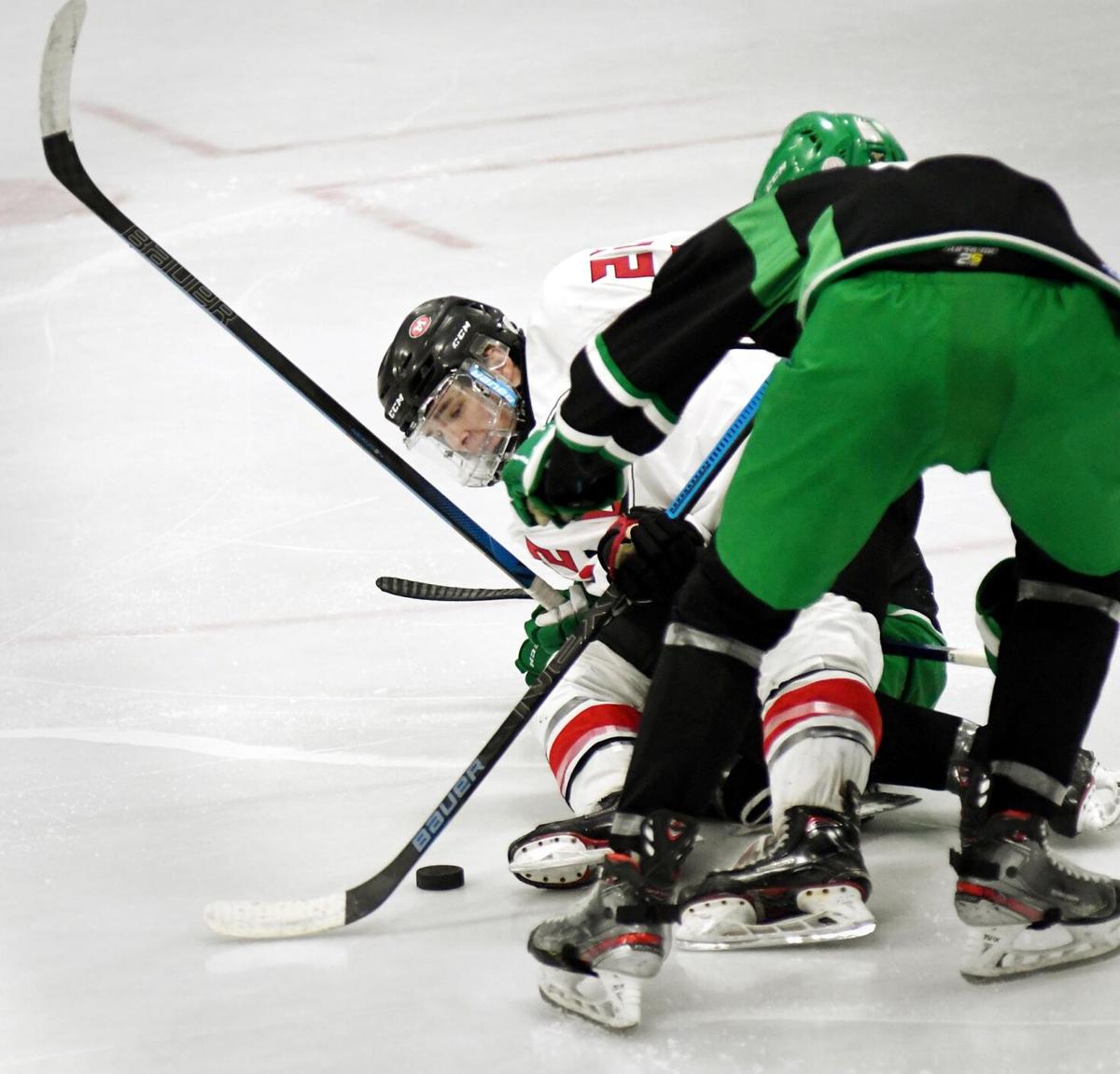 Mankato West’s Ethan Fox gets tangled up with a pair of La Crescent/Hokah players during second period action Saturday at All Seasons Arena. 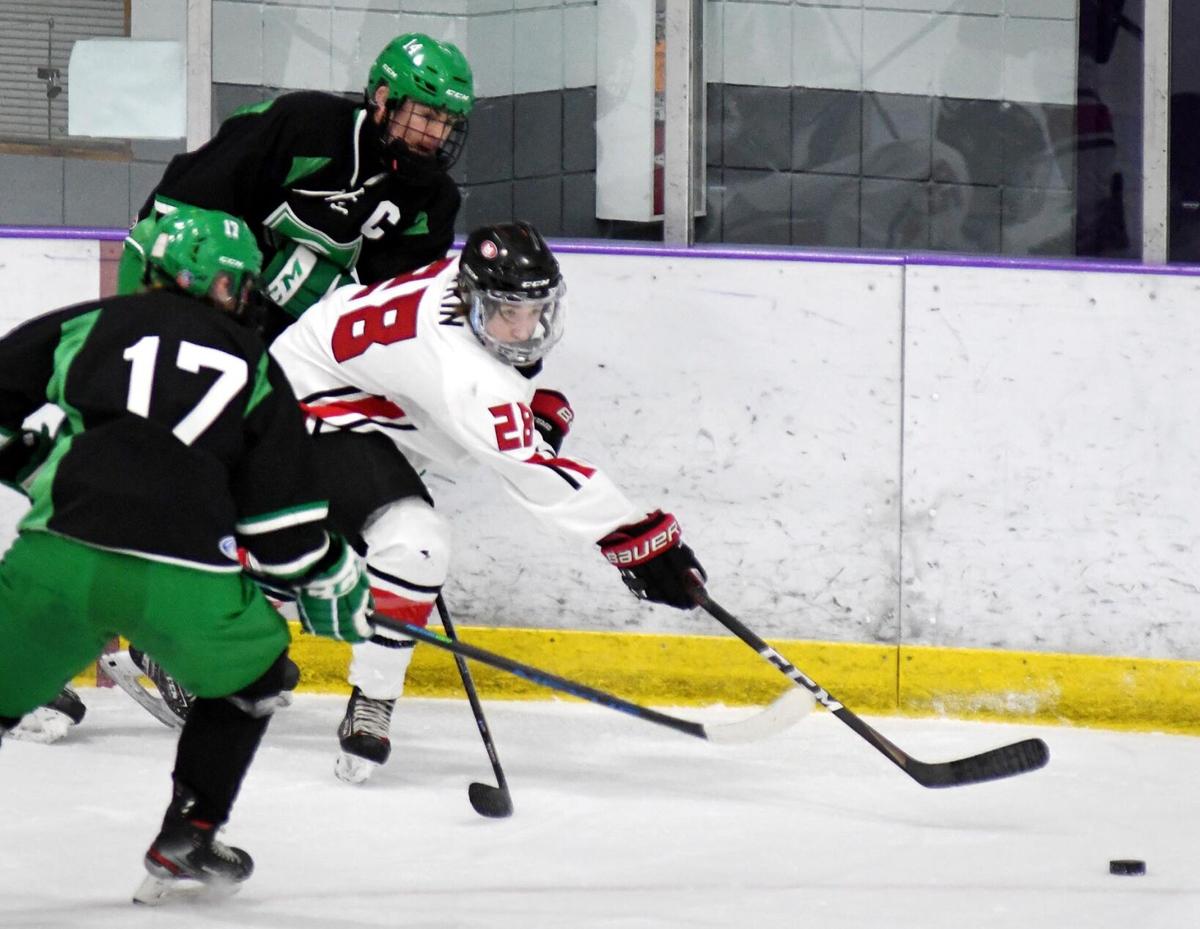 Mankato West’s Ethan Fox gets tangled up with a pair of La Crescent/Hokah players during second period action Saturday at All Seasons Arena.

MANKATO — A week-and-a-half ago, the Mankato West boys hockey team and Mankato East/Loyola seemed to be on a collision course in the Section 1A semifinals.

The Cougars were almost certain to be seeded second, while West seemed locked in as the third seed. One quarterfinal win from each team was all that was needed to set the stage for a third matchup this season, and a rematch of last year’s section final.

The seedings came as expected, but East/Loyola ended up losing its quarterfinal against La Crescent-Hokah with most of its varsity roster sidelined due to COVID-19 protocols.

With an easier path to the section championship against the 10th-seeded Lancers, West had no issues Saturday, cruising to a 9-2 victory at All Seasons Area.

The Scarlets were happy to win, but make no mistake — they wanted to play East/Loyola, despite losing to them twice in the regular season.

“It really sucks. I’ve coached a lot of those kids growing up ... it’s not fair, for the seniors especially, to have to go through that,” West coach Curtis Doell said. “They’ve had a great season. They’re a really good hockey team. They’ve had a great run.

“Would I have loved to play them again? Yes. The atmosphere when you play East is amazing.”

“I really wish we could have gotten to play them one last time ... it’s a terrible experience for them,” Fischer said.

Despite getting the easier draw, West took nothing for granted, coming out with great energy.

After Hunter Meixner got West on the board at 4:02 of the first, Fischer scored West’s second and third goals to give the Scarlets a 3-1 lead heading into the intermission.

For Fischer, it was his first varsity multi-goal game and his second and third goals of the season.

“It feels great, I wish I could’ve netted the third,” Fischer said with a laugh.

Added Doell: “Carson Fischer’s line did a lot today ... that’s huge when you get secondary scoring.”

Brunmeier made it 4-1 early in the second, and the Scarlets just kept adding on. Fox finished with two goals and an assist, while Swenson and Brunmeier each had a goal and two assists. Gage Schmidt added two goals.

In the section final, the Scarlets play Dodge County, which is led by state goals leader Brody Lamb. Entering play Saturday, the University of Minnesota commit had 37 goals in 19 games.

“You don’t want to overdo it, but you have to be aware when he’s on the ice. You have to give him that extra space, that extra room,” Doell said. “He can undress you. He can take the puck, burn you wide, do whatever he wants.

“He’s one kid, they do have other players. You take away the one, you still got 19 other kids you’ve got to worry about.”