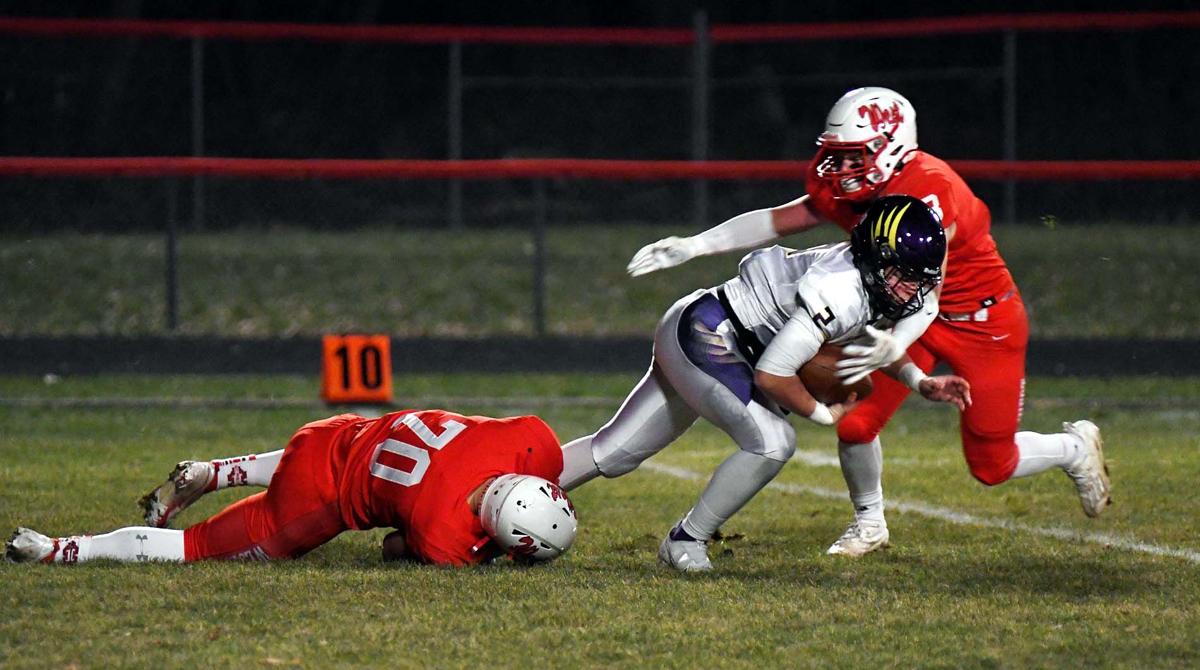 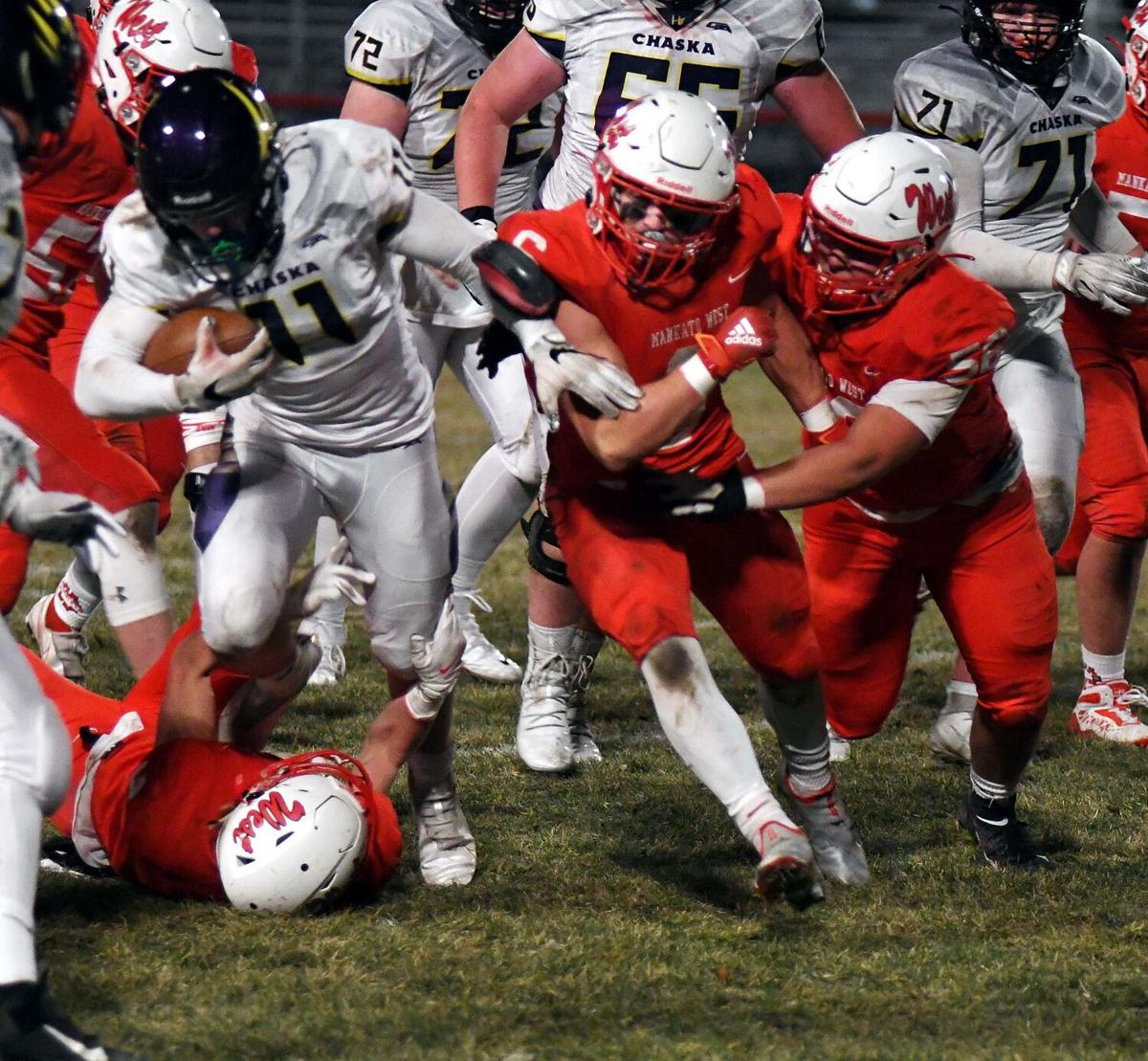 As a pitcher in baseball, Zander Dittbenner has experienced extreme highs and lows in the same game.

On Friday, that turned out to be good experience for the Mankato West junior, who made some of the best and worst plays of his first season as the starting quarterback.

“Chaska has a good defense,” West coach J.J. Helget said. “Everything moves a lot quicker here, and they played a defense that Zander has never seen. But in the second half, he made some big plays.”

Dittbenner passed for two touchdowns, but he also threw four interceptions. However at crunch time, he made a big-time run that set up the Scarlets’ 22-15 victory in a Section 2AAAAA semifinal football game Friday at Todnem Field.

West took advantage of a short punt on the first possession, and after seven plays, Drew Smook connected on a 33-yard field goal for the early 3-0 lead.

As the first half went on, Chaska got stronger at the line of scrimmage, limiting West to only 28 yards of offense on the next four possessions.

Meanwhile, the Chaska offensive line started to get some push. Chaska scored on an 11-play drive, aided by a fake punt that covered 30 yards, and a 12-yard pass from Brayden Sanders to Spencer Goetz put the Hawks up 6-3 with 2:01 to play in the first half.

On the next series, Chaska scored on a 40-yard interception return by Nathan Schwarz for a 12-3 lead. Another interception allowed Chaska to score on the final play of the half, a 38-yard field goal by Nic Snuggerud that made it 15-3.

“At halftime, I wanted to get some feedback and understand what I needed to do,” Dittbenner said. “Once we scored right away, I knew we could come back. A couple of those (interceptions) were on me. Some dumb throws.”

The Scarlets moved quickly on their first drive of the third quarter, and on fourth down, Dittbenner found Buom Jock with a 13-yard touchdown, and Smook’s PAT made it 15-10.

“I told the guys we had won all but five minutes of the first half,” Helget said. “We knew if we could score on the first possession, it was a one-score game.”

West moved the ball inside the Chaska 10 later in the third quarter but failed on fourth down. However, the defense dominated the second half, continually getting the ball back to the offense. Dittbenner threw passes of 28 yards to Max Goertzen and 29 yards to Brady Haugum, setting up an 11-yard strike to Mekhi Collins that put West back on top 16-15 with 5:52 to play.

The defense got another stop, and the offense was back on the field with 3:36 to play, just needing a couple first downs to get the win. But on second down, Dittbenner tried to throw a middle screen that was intercepted by defensive lineman Josh Baughman at the West 30. Again, the defense was put in a tough spot.

“We knew we had to make a play,” cornerback Peyton Goettlicher said. “We’ve worked so hard for this, we just had to stop them.”

On second down, Chaska threw deep on Goettlicher’s side, and for the second time in the game, he jumped high for the interception at the 3-yard line.

“At first, I was attacking too much,” Goettlicher said. “I just had to locate the ball and try to come down with it.”

Still needing one first down to run out the clock, Dittbenner faked to the running back and ran around the right side, going 68 yards. On the next play, Wyatt Block scored on a 29-yard run for a 22-15 lead.

“That was the first adrenaline rush of the game,” Dittbenner said. “I was trying to get into the end zone, but I guess I’m not as fast as I used to be.”

Dittbenner rushed for 83 yards, all in the second half, and completed 12 of 21 passes for 140 yards. Block had 77 yards rushing.

West allowed only 52 yards in the second half, making four sacks and an interception in a scoreless 24 minutes.

“We won every game we played,” Helget said. “Coming into the game, we were one of only five teams that was undefeated, so we did what we were allowed to do and I’m happy the way it turned out.”