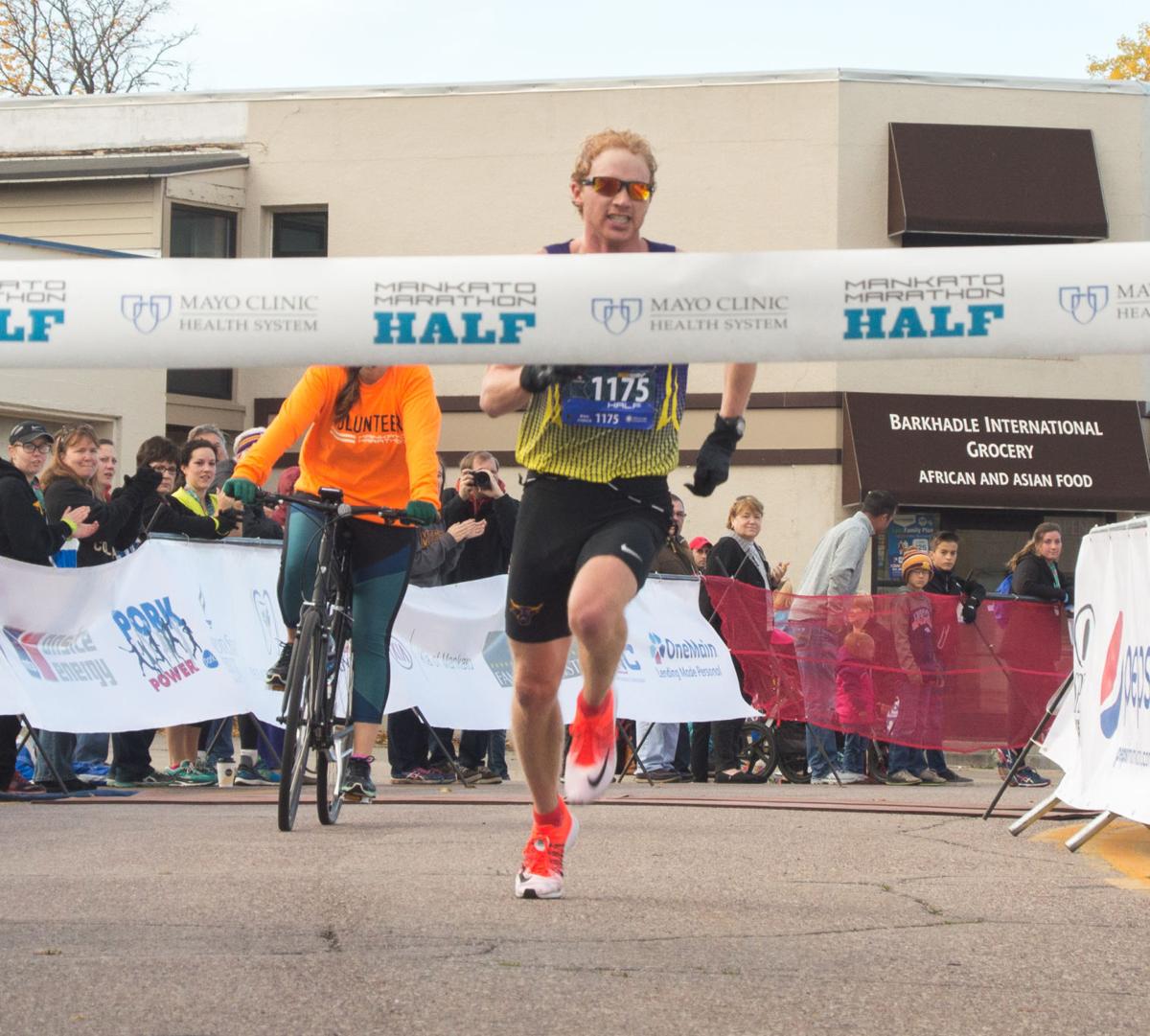 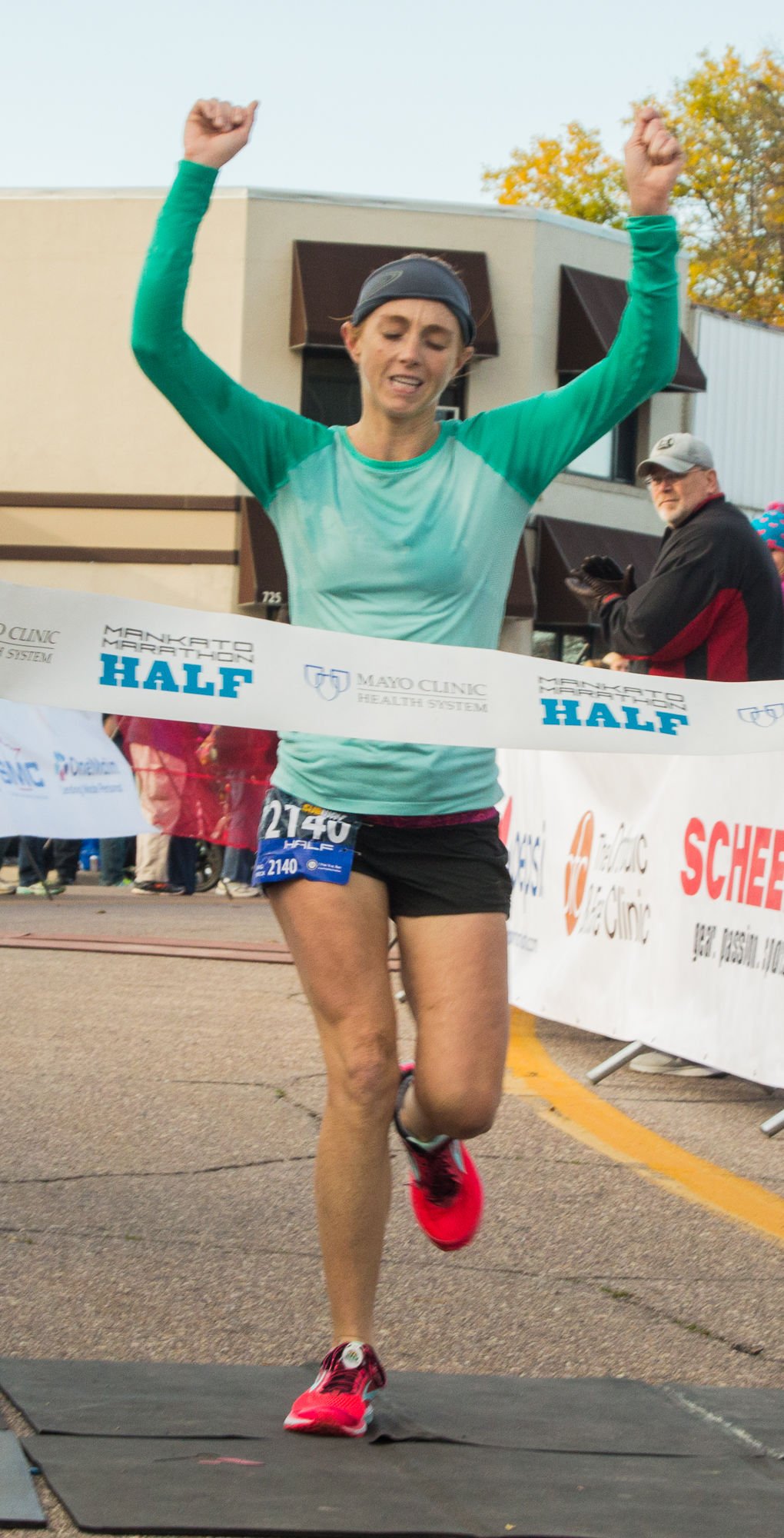 Women's half-marathon winner, Lana Wegner, raises her arms in celebration as she crosses the finish line at the Mankato Marathon Sunday. She finished the race in 1 hour, 27 minutes, 10 seconds. Photo by Casey Ek

Women's half-marathon winner, Lana Wegner, raises her arms in celebration as she crosses the finish line at the Mankato Marathon Sunday. She finished the race in 1 hour, 27 minutes, 10 seconds. Photo by Casey Ek

In Mankato, Swanson runs a half marathon as well as anybody. On Sunday he won the Mankato Marathon’s half marathon for the second time, repeating as the race’s champion.

“I was a little slow today,” said Swanson, who now lives and works in Rochester. “It was a little windy out there but still a lot of fun. I just love the course, running around Indian Lake and Mount Kato. That’s where we trained a lot as a cross country team.”

Lana Wegner, 29, of Walters, Minnesota, won the women’s race. She was 12th overall with a time of 1:27:10, about 30 seconds faster than her previous personal record.

“I had a good person pushing me early,” Wegner said. “His name was Jason. I don’t know where he’s at. He left me behind. I told him, ‘You’re way faster than me. Keep going!’”

Jaskulke is part of Wegner’s running group, a “support system” of five or six friends who have been training for different races.

“Well-deserved,” Jaskulke said of her friend’s win. “She worked so hard for this.”

The half marathon is the biggest of the races with nearly 1,300 finishers.

The finish line was a stream of high-fives, handshakes and hugs — and one marriage proposal.

Alex Zellmer of Mankato popped the question when he and his girlfriend, Hannah Whitington completed the course in a little under 3 hours. It was his second half marathon, her first.

Asked what their time was, Zellmer said: "It doesn't matter."