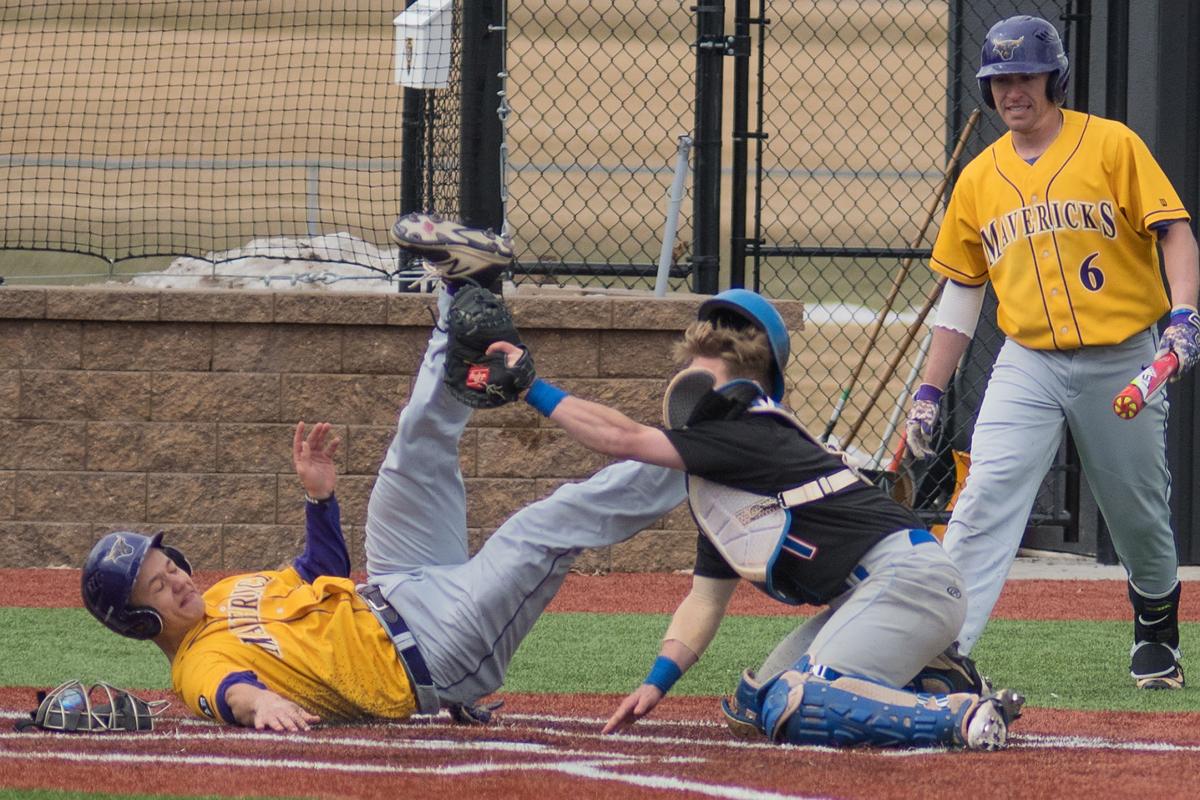 University of Mary catcher Cody Ghents successfully tags out Cam Kline of Minnesota State at home plate. The Mavericks took both games of a double header played on Friday. Photo by Jackson Forderer 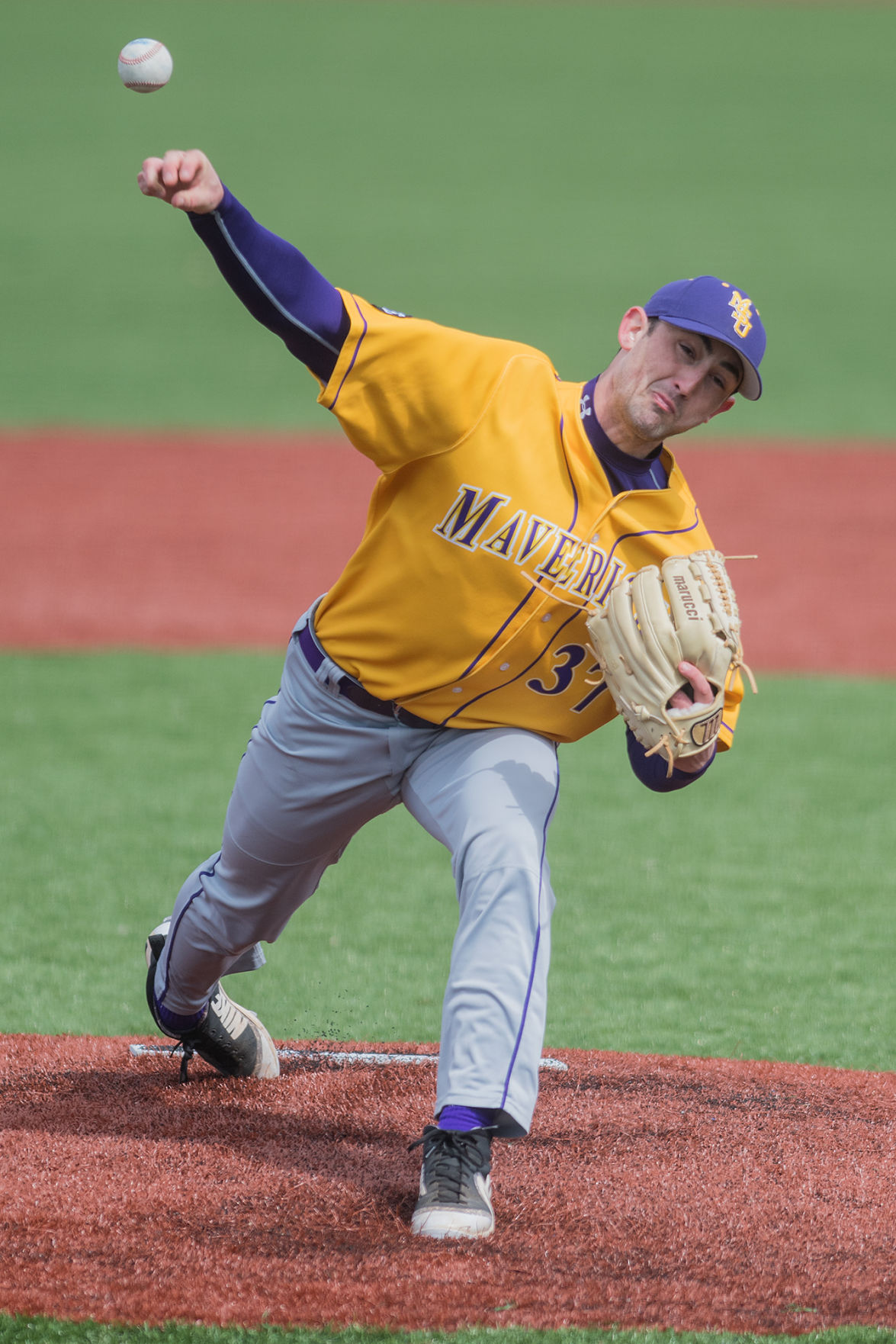 Minnesota State's Carlo Graffeo delivers a pitch to a University of Mary batter in the second game of a double header played on Friday. Photo by Jackson Forderer

Minnesota State's Josh Wenzel slides safely back to first base after Mary's Will Pettener mishandles a throw on a pickoff attempt during Friday's game at the Gustavus Adolphus field. MSU won three games to sweep the series.  Photo by Jackson Forderer

University of Mary catcher Cody Ghents successfully tags out Cam Kline of Minnesota State at home plate. The Mavericks took both games of a double header played on Friday. Photo by Jackson Forderer

Minnesota State's Carlo Graffeo delivers a pitch to a University of Mary batter in the second game of a double header played on Friday. Photo by Jackson Forderer

MSU won the opener 6-2, which was the resumption of Thursday's game. The Mavericks then polished off the Marauders 6-3 and 10-5 to improve to 16-7, 11-3 in the Northern Sun Intercollegiate Conference.

Second baseman Peterson went into the day mired in a batting slump but came out of it feeling pretty good. He tripled and drove in a run in the resumed game, added a single and three-run homer in Game 2 and was 1 for 2 with a run scored in the finale.

"He was struggling a little bit coming in, but he pulled himself out of it," MSU coach Matt Magers said. "He came to practice early and was the last one to leave for the last week, and it paid off for him."

Peterson agreed: "I had to keep working on the basics. On that home run, he had an 0-2 count on me, and I was looking for something offspeed. He threw me a change-up up in the zone, and I was able to get a good swing on it."

Kline polished off Mary in the resumed game by going the distance in a contest that took almost 24 hours to complete.

He struck out five and walked two while giving up two earned runs. Tom Imholte led the attack, with a run-scoring triple and an RBI walk.

In the middle game, Peterson and Ty Buck led the MSU attack with two hits apiece. Trevor Divinski scattered nine hits over six innings to get the win.

The southern part of the equation came from Carlo Graffeo, a right-hander from Mandeville, Louisiana, who transferred to MSU this year from Southeast Louisiana University.

He worked the first five innings of the final game to get the win, allowing one earned run on two hits, striking out seven and walking three.

Graffeo may be a Rajun Cajun, but he's not exactly new to the Midwest. The last two summers he pitched for the St. Cloud Rox in the Northwoods League and, when he decided to transfer from Southeast Louisiana, thought MSU would be a good fit.

"That was his first start of the year, and he did a nice job," Magers said. "He kept them off balance today."

Graffeo's slider was his bread-and-butter pitch and went back to that whenever he had trouble getting his fastball over.

"I'm glad I got the chance to start today," he said. "I want to pitch well enough to keep getting that opportunity."

"We've had to make some adjustments with our lineup because both Dylan Dressel and Josh Hart broke bones in their hand," coach Magers said. "We've been using a number of different guys in those spots, trying to keep us going until they come back."

The Mavericks are off until Wednesday when they play a doubleheader at Concordia-St. Paul.