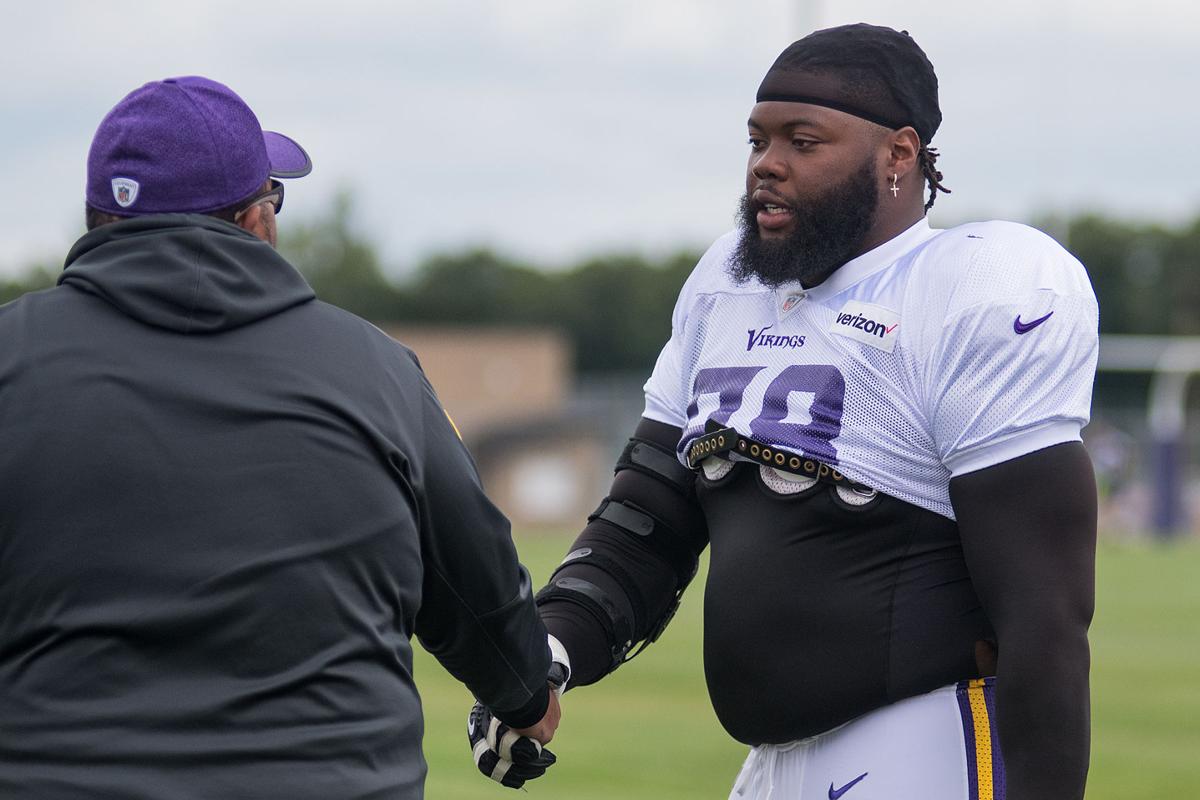 Defensive tackle Linval Joseph (right) shakes hands with a coach at the start of a practice at Vikings training camp on the Minnesota State University campus. Joseph anchors a line that was among the league's best in 2016. Photo by Jackson Forderer 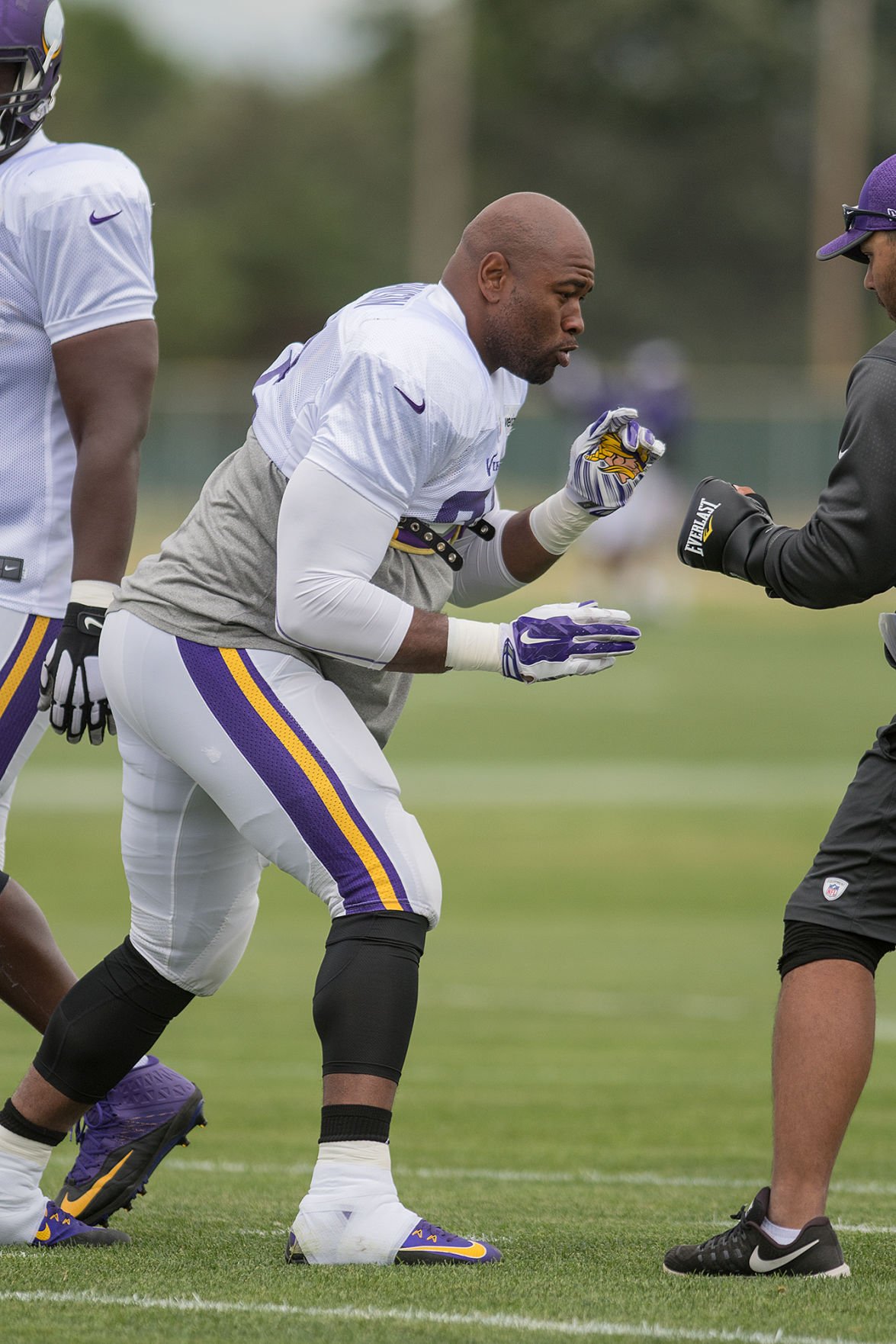 Defensive tackle Tom Johnson works on his technique with a coach during Vikings training camp at MSU this week. Photo by Jackson Forderer

Defensive tackle Linval Joseph (right) shakes hands with a coach at the start of a practice at Vikings training camp on the Minnesota State University campus. Joseph anchors a line that was among the league's best in 2016. Photo by Jackson Forderer

Defensive tackle Tom Johnson works on his technique with a coach during Vikings training camp at MSU this week. Photo by Jackson Forderer

MANKATO -- Rebuilding the offensive line may be the priority, but an experienced defensive line is still the strength of the Minnesota Vikings

The Vikings return everybody from a front wall that anchored the third-ranked defense in the NFL last season. That continuity, according to seventh-year tackle Tom Johnson, is going to pay off big time.

"The chemistry on the line is impeccable," said the 6-foot-3, 288-pounder. "We play off each other a lot. We've got a lot of hand signals and body language to tell each other where the play is going."

Nose tackle Linval Joseph (6-4, 329) centers the unit and has eight years of NFL experience. He's coming off a Pro Bowl season during which he had career highs in tackles (100) and sacks (4).

"Linval is a great person; he wants to be really good," Zimmer said. "He probably works as hard as anybody on the football team during the offseason.

"He cares an awful lot about the guys around him. He has the size and the strength, and he's a good athlete. He's the best (nose tackle) I've ever been around."

At right defensive end, Everson Griffen (6-3, 273) has been to two straight Pro Bowls and ranks fifth in the NFL since 2014 with 30.5 sacks. At left end, Danielle Hunter (6-5, 252) is a rising star with 18.5 sacks in just two seasons. Fourth-year player Shamar Stephen (6-5, 310) started all 16 games at defensive tackle last season but has been practicing with the second unit at training camp.

And you can't forget 11-year veteran Brian Robison. At 6-3, 259, he provides vast experience and depth at the end position, where he will be used in pass-rushing situations.

"I think this is the best defensive line we've had in awhile," Robison said. "The sky is the limit for us. I think there's a lot of things that we can get done this year."

Since the unit has been together for awhile and the calls and assignments are becoming more second nature, Zimmer thinks it may be time for those guys to get out of their comfort zone a little bit. He said as much when he suggested they get a little more reckless.

Joseph's eyes light up when he hears that: "If I can play reckless and not get in trouble for it, why not?"

Defensive coordinator George Edwards sees the experience of playing together for awhile as a definite plus for the Vikings.

“The more familiarity they have with it, they’re not thinking quite as much. ...” Edwards said. “We spent a significant amount of time on situational football in the offseason. You put that with our calls … I think they’re a lot more comfortable with them so that when they come up in the game, they’ve been through it, and we’ll react a lot faster,"

Johnson wants to take it one step further: "We've evolved together. Everybody knows where we're supposed to be at (on every play). Everything is faster, more crisp. I think we're going to be the best defense this era has seen."