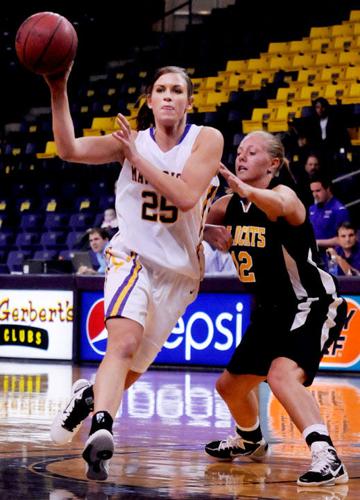 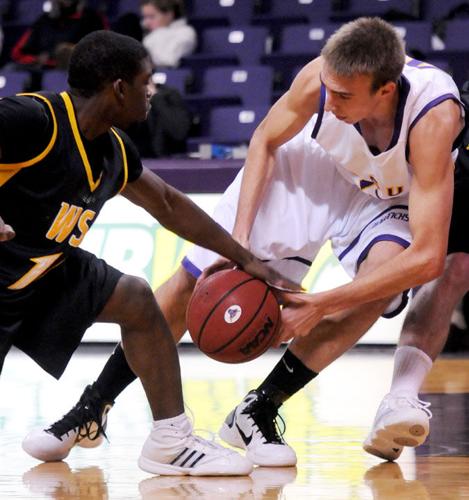 That was a bad combination Friday night as the Wildcats downed the Mavericks 80-49 in a Northern Sun Intercollegiate Conference women’s  basketball game at Bresnan Arena.

“Wayne is the pick to win the conference,” Minnesota State coach Pam Gohl said. “They are loaded with juniors and seniors. At times in the first half, I thought our defense was good, but Ashley Arlen is a tremendous player, and she’s going to get her points.”

“We have girls who want to be aggressive, but their zone takes you out of your tendencies,” Gohl said. “We got off to a poor start shooting.”

The second half wasn’t any more competitive as the lead grew to 31 at the 10-minute mark. Lauren Barber and Laura Weber combined for the first 19 points of the second half, but Wayne State continued to control the inside.

Arlen finished with 26 points and 12 rebounds, and Clare Duwelius added 15 points, making three 3-pointers. Wayne State had a 36-16 advantage in inside points and a 43-25 rebounding margin.

Minnesota State had only 10 assists to 15 turnovers.

“Wayne and Augie play a completely different game,” Gohl said. “Augustana is more run-and-gun, shoot the 3. We’ll need a different game plan, and we have to execute better.”