US to hold trade talks with Taiwan, island dril… 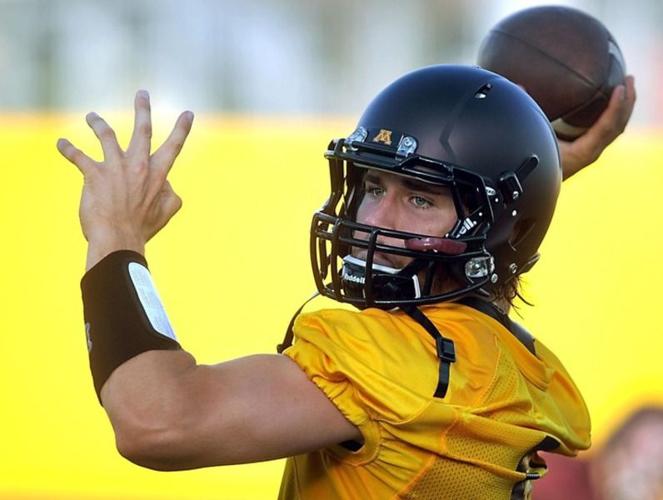 Minnesota's Phillip Nelson (above) is fighting off the challenge of freshman Matt Leidner during spring workouts. Nelson took the majority of snaps with the first unit on Saturday. 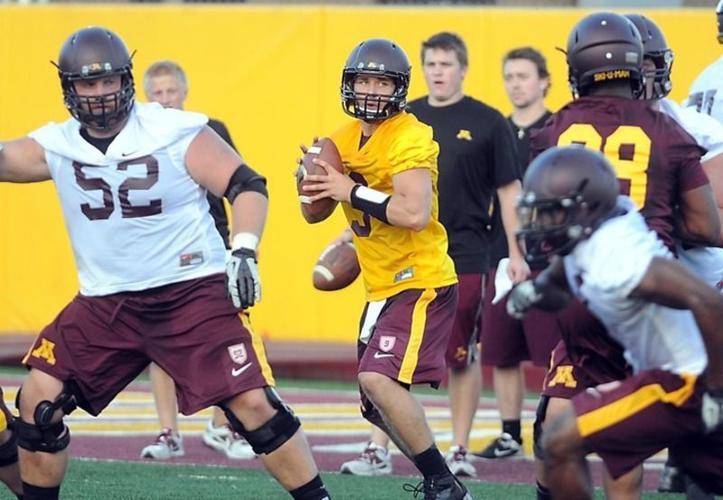 Former Mankato West football standout Phillip Nelson (9) went through drills with the Minnesota Gophers Saturday as part of the team's spring practice. Nelson, a sophomore, is hoping to build on his freshman season in which he helped the team reach a bowl game.

Minnesota's Phillip Nelson (above) is fighting off the challenge of freshman Matt Leidner during spring workouts. Nelson took the majority of snaps with the first unit on Saturday.

Former Mankato West football standout Phillip Nelson (9) went through drills with the Minnesota Gophers Saturday as part of the team's spring practice. Nelson, a sophomore, is hoping to build on his freshman season in which he helped the team reach a bowl game.

MINNEAPOLIS — Philip Nelson faked to the running back, rolled to his right and found the receiver streaking down the middle.

For anyone who's followed Mankato West football the last five years, you've seen that play many, many times from No. 9.

But Nelson is bigger and stronger, with a little more zip on the pass. Now working with the starters at the University of Minnesota's first football practice, Nelson looks different, and it has nothing to do with a few days' growth on a starter beard.

"Experience is the big factor," Nelson said, just finishing off a two-hour practice at the Gophers' facility. "I have more knowledge and more confidence."

For the first time since his sophomore season at West, Nelson is competing to be the team's starting quarterback. There are five quarterbacks on the Gophers' roster, and he's the only one that's not a freshman, having played in seven games last season after losing his redshirt.

"You can see the experience," offensive coordinator Matt Limegrover said. "If we tried to do last year what we did today, it would be chaos."

Though Nelson is the incumbent, he's been guaranteed nothing. His seven games last season were marked with some brilliant play, but as with any true freshman, there was inconsistency.

He passed for 873 yards and eight touchdowns, which is the third most ever by a Gophers freshman quarterback, and his 1,057 yards of total offense led the team. He was the first Gophers player to ever be named the freshman of the week by the Big Ten, after beating Purdue with 246 yards passing and three touchdowns.

However, he also had three games where he passed for less than 100 yards, and threw eight interceptions.

"You have to take care of the ball and make the right decisions," he said. "I need to work on it and be a good leader."

So this season, he's competing with MItch Leidner, who was redshirted last season. Leidner is a couple inches taller, a little heavier and it looks like his arm might be a bit stronger, but he lacks Nelson's quickness or athleticism, key traits for the read option offense.

"We don't need the quarterback to make a million plays," Limegrover said. "Just make the plays we need him to make. We don't want to throw the ball 60 times; we want to run the ball, and that should open the play-action."

"Coach (Jerry) Kill does a great job of creating competition," Nelson said. "It brings out the best in everybody."

KIll said that eventually, he wants to settle on his top two quarterbacks so they can get ready for the season-opener. He was pretty vocal about the quarterback play during Friday's practice, but said that scrutiny comes with the position.

"You have to have pretty tough skin," Kill said. "You have highs and lows. The did some good things today, and they struggled with some things."

Nelson, who spent the summer on campus working out and watching film, has pretty lofty goals for himself and the team. He helped the Gophers reach a bowl game last season, and he had pretty good numbers in that contest with Texas Tech, but it wasn't good enough.